The Big List of Movies with Unicorns in Them

I say, Mermaids are out and unicorns are in!  From Starbucks colorful quaff to specialized press on nails, the horned beasts are everywhere these days. Toys, clothes and an extremely elegant Tinselbox card line are just a few examples of this ubiquitous trend.  That’s why we had to create the big list of movies with unicorns in them!

Every swimming pool has at least one Unicorn floaty these days, especially after Nikki Minaj’s video for Make Love featured the scantily clad diva gyrating on one.  Don’t even get me started on the meme’s because no one has time for that rabbit hole.   Safe to say that the magical beast is something that has always inspired wonder in our society but is part of the zeitgeist right now.  For such a popular mythological creature, it’s pretty surprising how rare unicorn sightings are in the movies.  Here are a couple of celluloid sightings from 1982 until now.

Don’t blink or you might miss some of them in this, our list of unicorns in the movies. 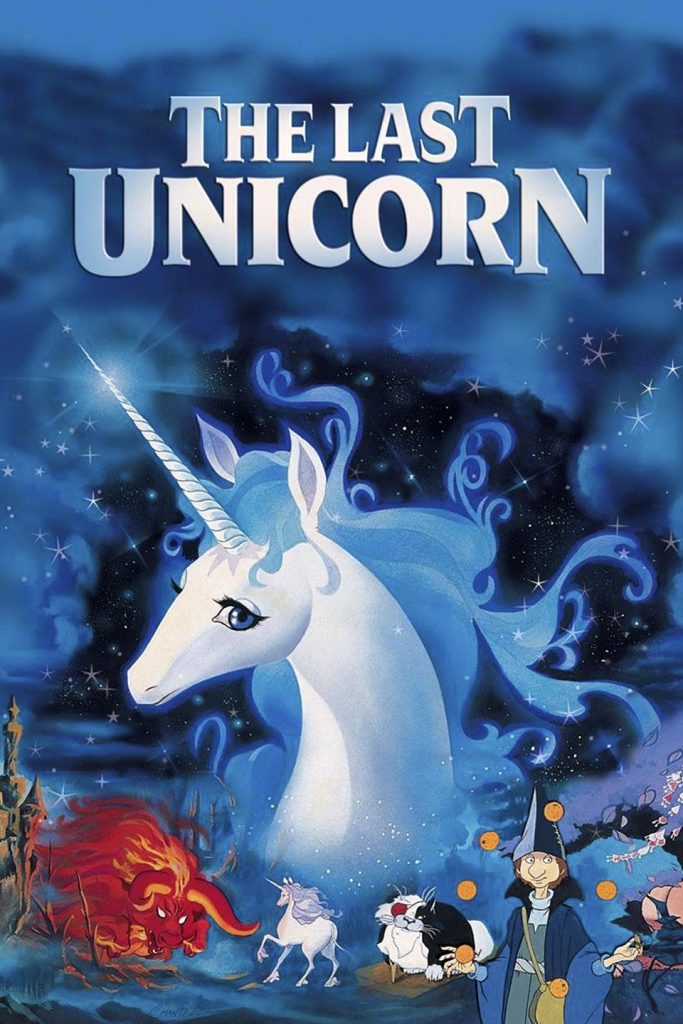 A unicorn thinks she is the last of her kind and embarks on a journey to hopefully find others.  Voice talents in this 80’s animated feature include Mia Farrow, Jeff Bridges, Alan Arkin, Robert Klein, Angela Lansbury, and Christopher Lee. It’s been historically hard to find but you can now find it on streaming services Amazon Prime and Itunes. 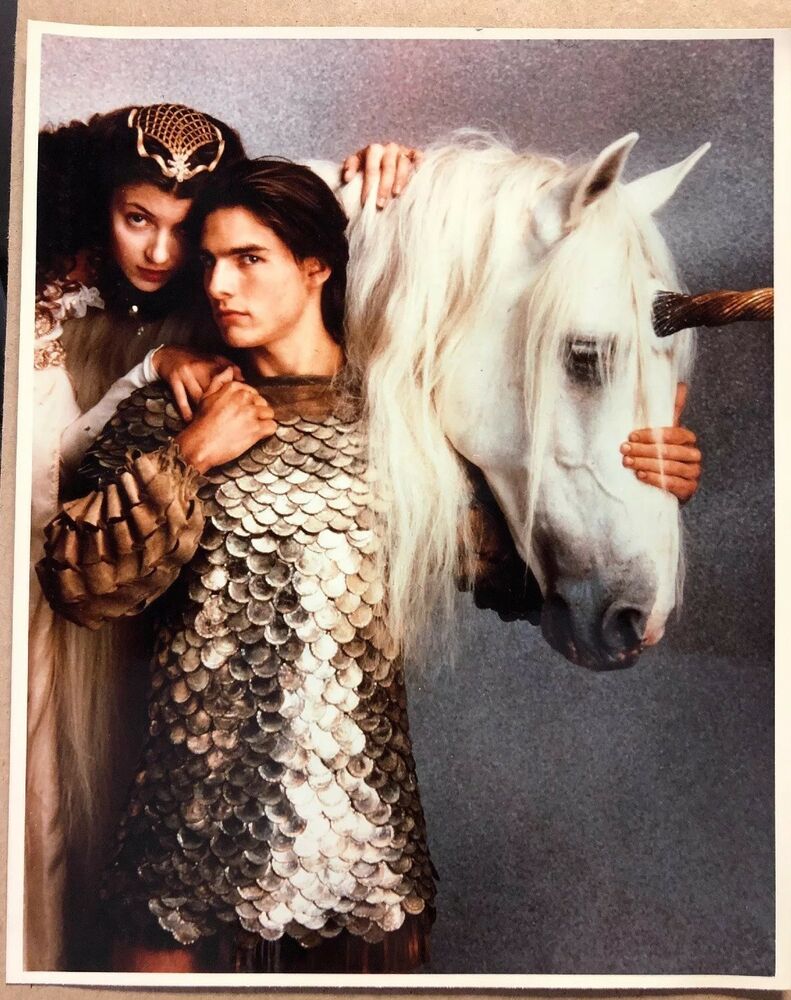 Tom Cruise and Mia Sara try to protect a unicorn from the evil Tim Curry who wants the unicorn’s horn to bring an end to the world.  From director Ridley Scott who also helmed Alien, Gladiator, Blackhawk Down, Legend is by far the most Unicorn you will get on the silver screen.  Like The Last Unicorn, you can find Legend on Itunes and Amazon Prime. 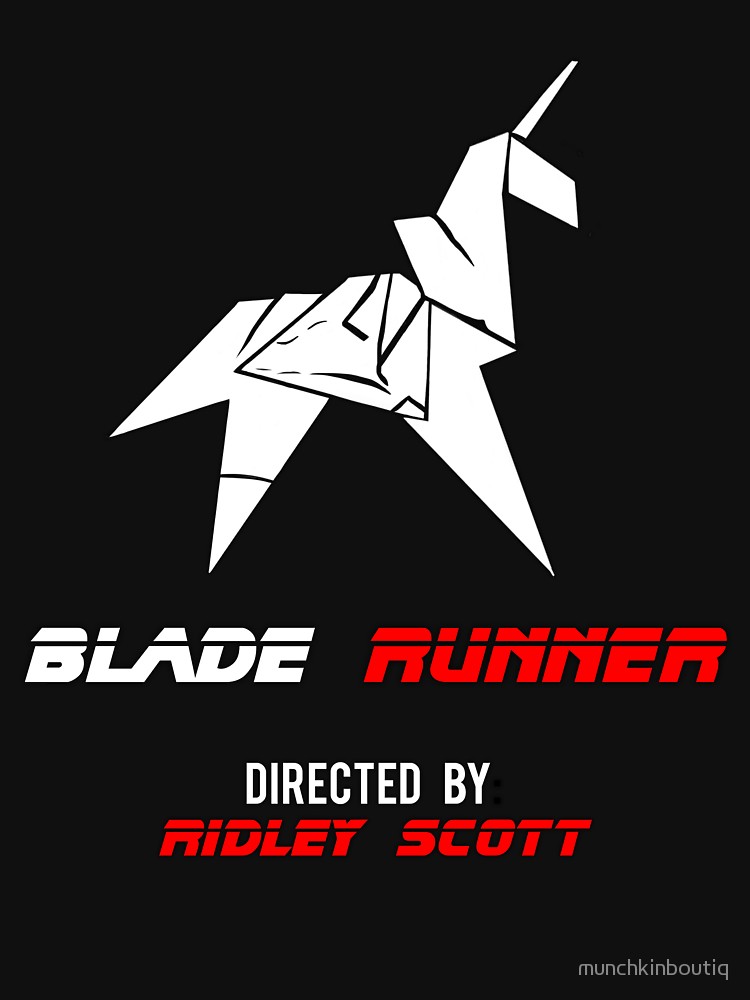 In the director’s cut of this sci-fi classic, Deckard (Harrison Ford) dreams of a unicorn and then is reminded of that dream when he finds an origami unicorn outside his door.  The symbolism here focuses on innocence and that’s all I can say without completely ruining the film.  Steaming on Prime and Itunes for this one as well. 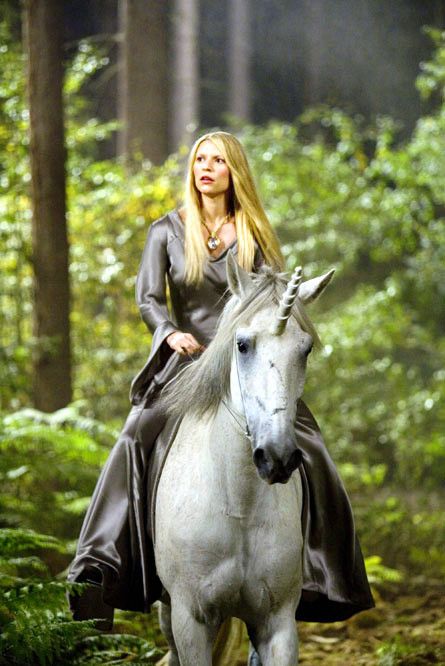 A unicorn comes to help a fallen star who happens to be a woman played by Claire Danes.  With a cast that also includes Robert Deniro, Michelle Pfeiffer, Sienna Miller, Peter O’Toole, and Ricky Gervais you’d think this film would be a winning fantasy.  It’s not.  It does have a unicorn though.  Find Stardust on Netflix, Amazon Prime, and Itunes. 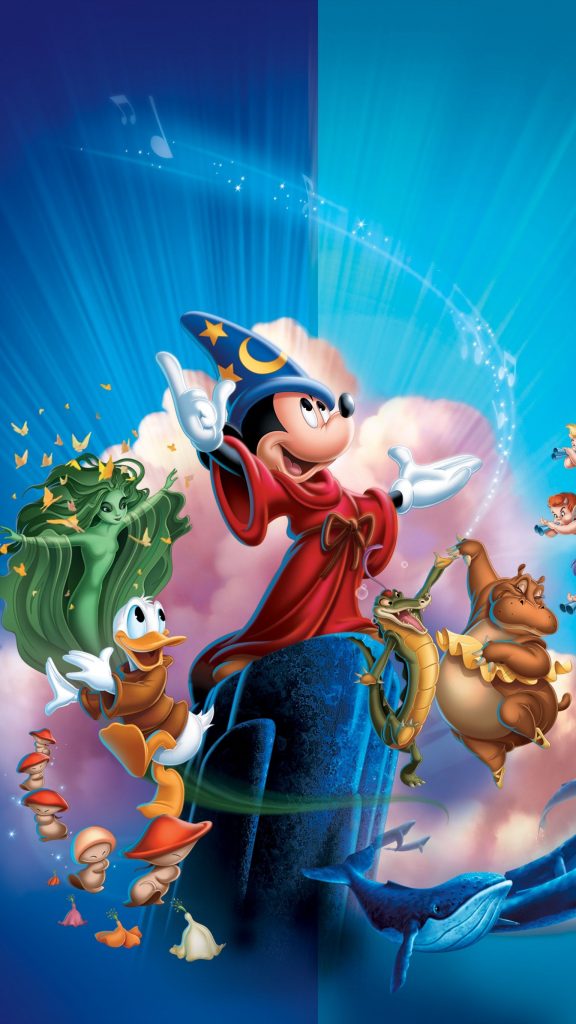 A unicorn, a dragon and a griffin laugh at the other animals for going into Noah’s Ark.  The cartoon is called Fantasia so it’s not too surprising that one shows up here.  The 2000’s version doesn’t hold a candle to the original but if it’s unicorns you’re looking for, there is certainly one here.  You can find this musical fantasy on Amazon Prime.

Wanna learn what the real meaning of a unicorn is?

The Chronicles of Narnia: The Lion, The Witch and The Wardrobe 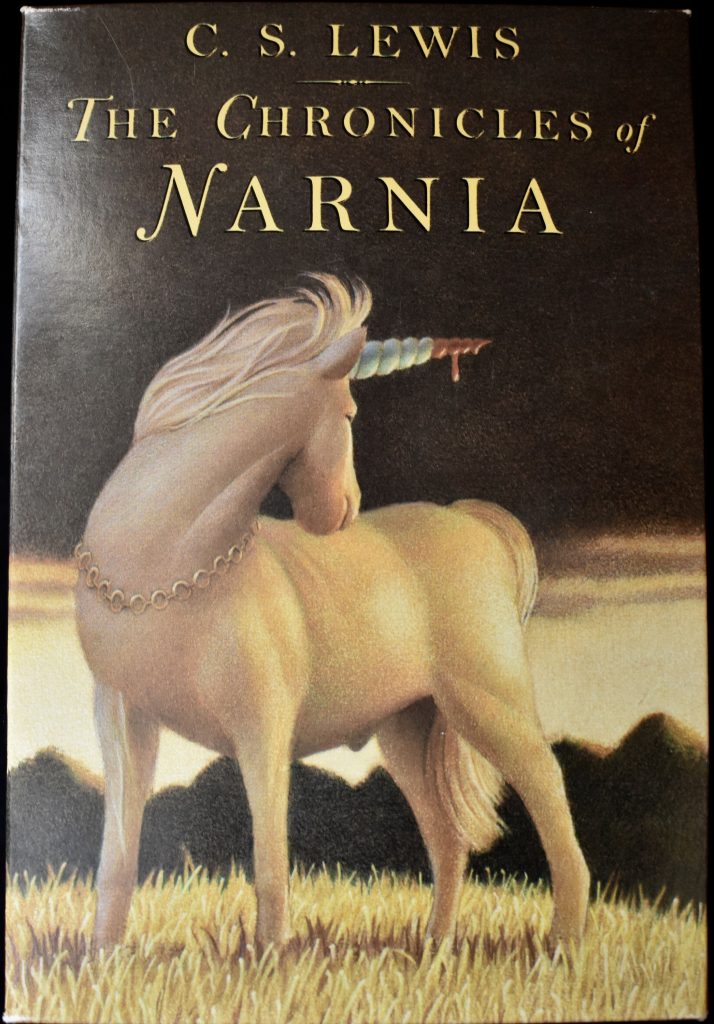 Peter, one of the four kids in the film, rides a unicorn into battle.  This heavy-handed bit of Christian propaganda isn’t half as magical as the book but there is a unicorn in it.  Stream in on Amazon and Itunes. 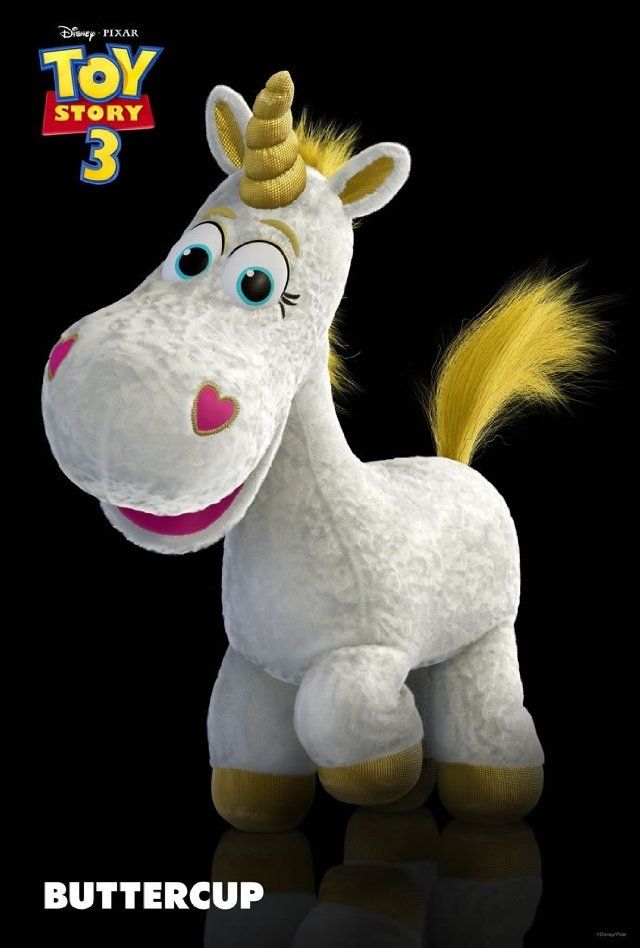 Buttercup is a stuffed unicorn first seen in Bonnie’s room and later at the daycare.  He’s friends with Trixie the plastic triceratops and is voiced by Curb Your Enthusiasm ’s Jeff Garlin.  Buttercup isn’t a big character in the film but is the first to tell Woody and the gang that Lots-o-Huggin Bear isn’t a good bear.  Toy Story 3 can be found on Amazon Prime.

Cabin in the Woods 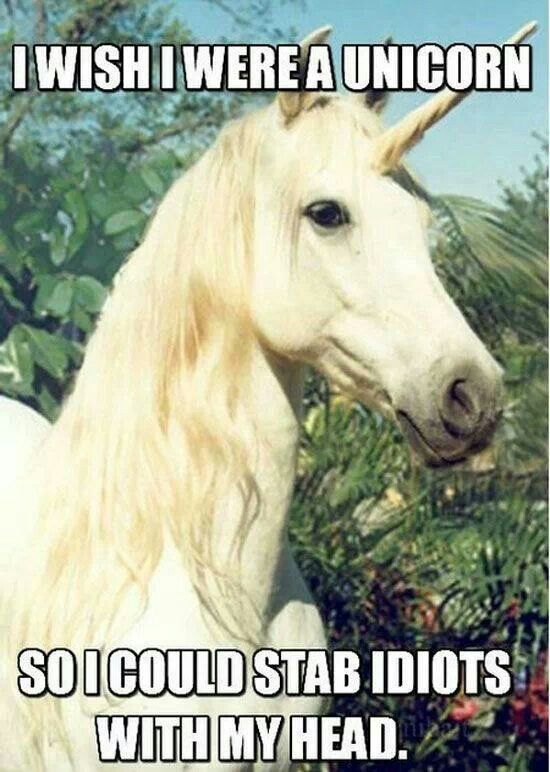 In one of the more bloody unicorn moments in film, you can get a glimpse of the mythical beast impaling someone in a rather chaotic moment towards the end of the picture.  If you haven’t seen this creative campy horror flick, drop everything and find it on Amazon Prime and Itunes. 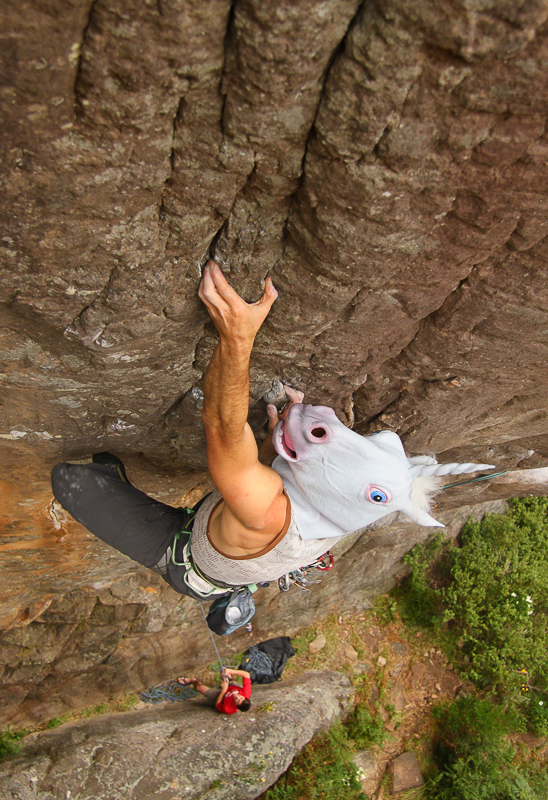 There is a unicorn sighting in the 2018 Oscar winner for best documentary and you could interpret it in a couple of ways. While Alex Honnold is attempting to free solo climb (without ropes) El Capitan, he runs into a man camping on the side of the mountain in a unicorn suit.  In one respect he’s finding magic in his astounding feat and in the other, he himself is the unicorn because of the almost mythical qualities of his talent. Stream it free on Hulu. 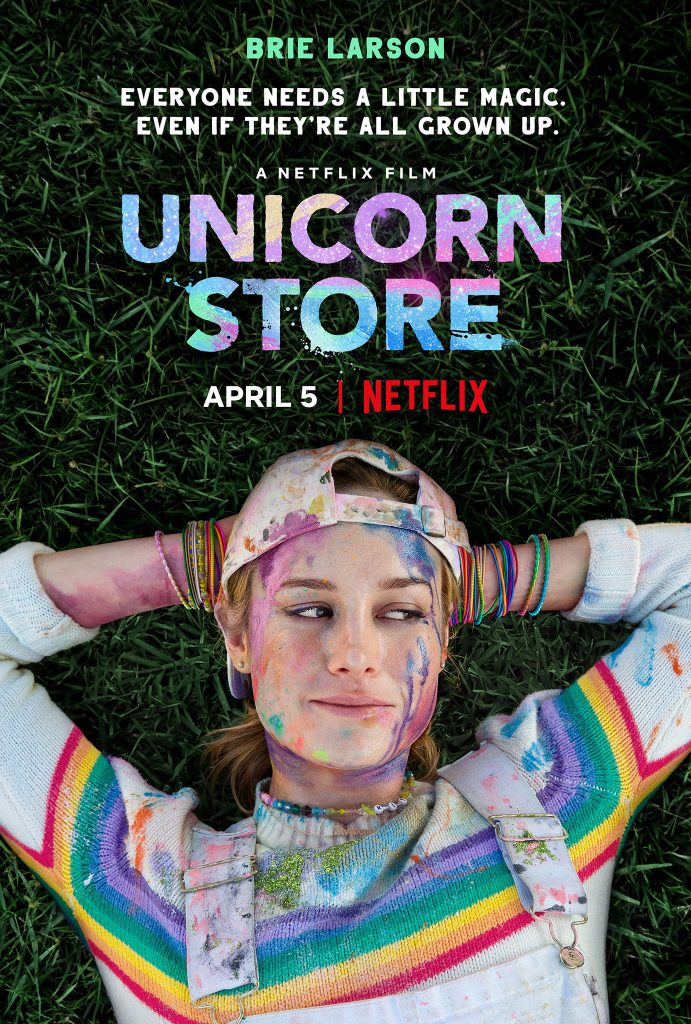 A creative misfit learns to love herself when she visits a unicorn store. The unicorn in this film represents self-acceptance and all the magic that comes with it. Brie Larson stars and directs this feature which streams exclusively on Netflix. 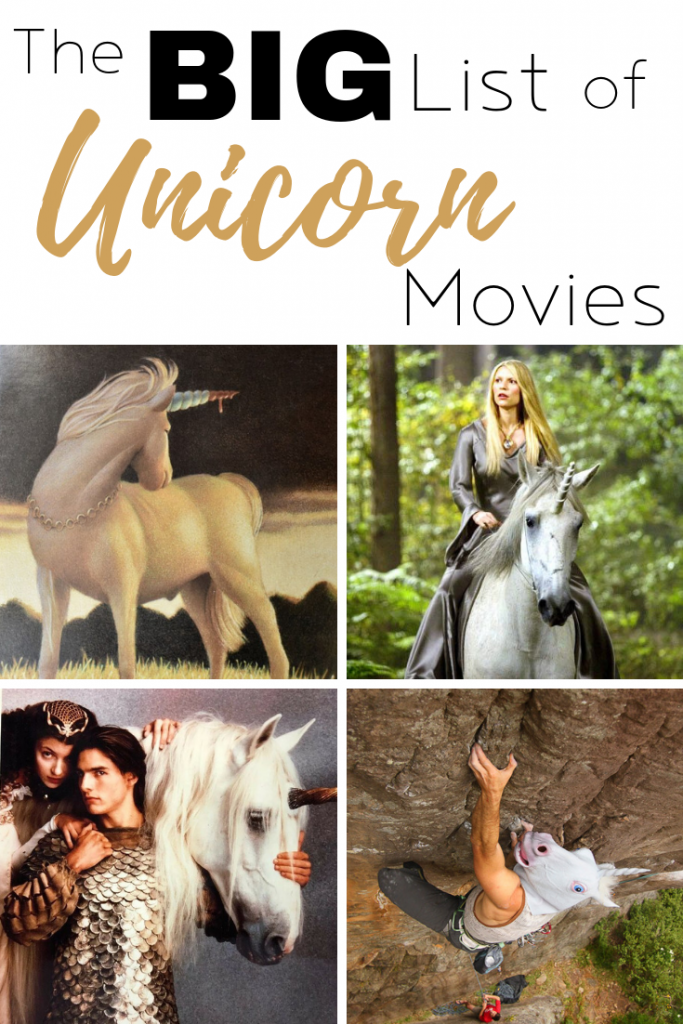 the big list of movies with unicorns in them

I was just talking about unicorn movies!!! The Last Unicorn and Legend are my favorite!

Legend is quite a unique movie! A cult classic, for sure!

Legend is one of the best movies I’ve ever watched