The 12 Days of Christmas Movies

On the first day of Christmas Movies…

The first film on our list will get you right in the mood.  Arthur Christmas the sincerely sweet tale of Arthur, the son of Santa Claus.  Unlike his father, grandfather or brother, Arthur has a special connection to the spirit of Christmas that, unbeknownst to his family, is about to change the world.  This animated gem is brilliantly brought to life by the voice talents of James McAvoy, Hugh Laurie, Bill Nighy, Jim Broadbent, Imelda Staunton, and Laura Linney. It is as sweet as a Christmas cookie and has the heart to match. 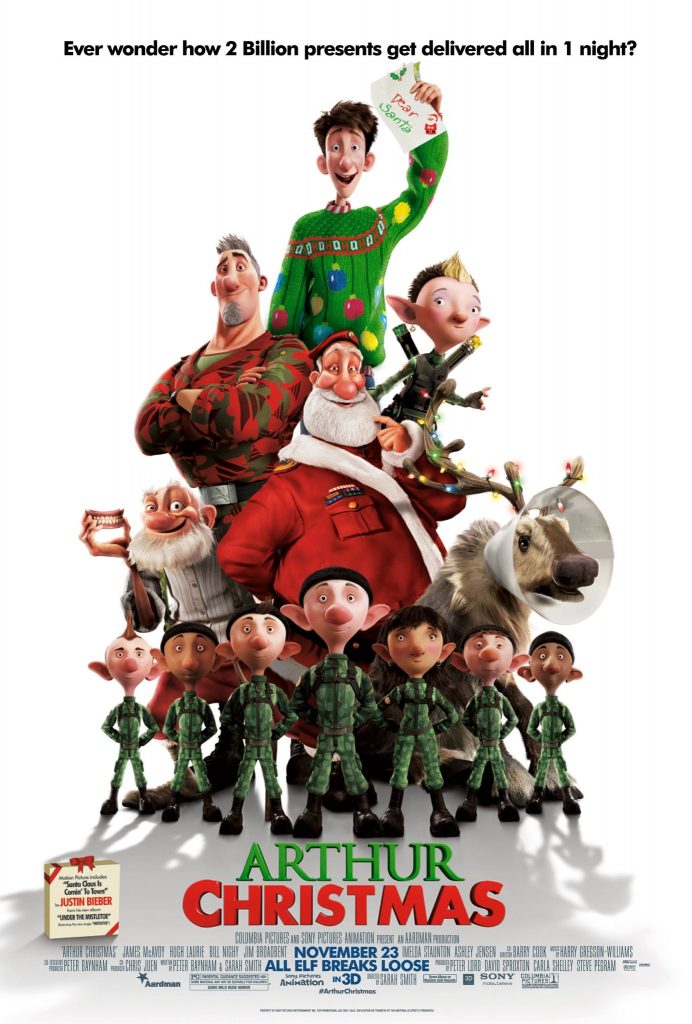 On the second day of Christmas Movies…

Not your traditional holiday picture, this Tim Burton classic captures the magic and warmth of the season…eventually.  Edward embodies the childhood innocence and wonder that is the cornerstone to any good holiday movie.  It’s also a great second feature in the way that it keeps you in the spirit without overdoing the noel. 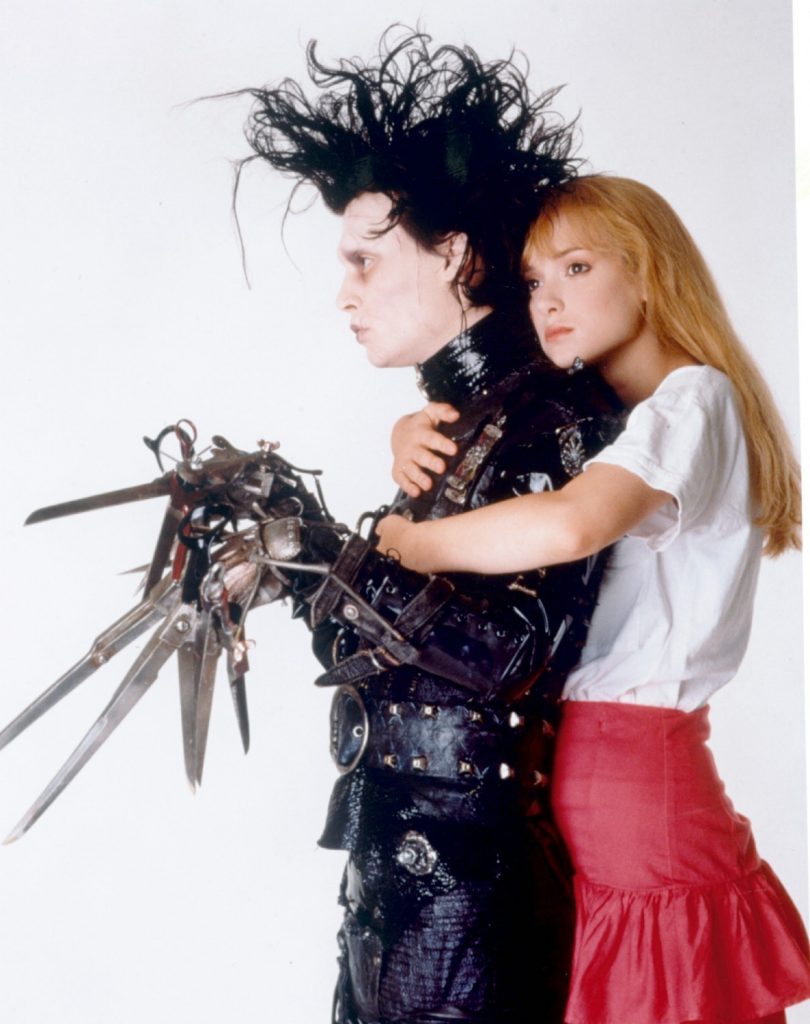 On the third day of Christmas Movies…

December 16th – A Nightmare Before Christmas

The third day is the perfect day to keep the Tim Burton love truckin’.  Most people believe that Burton directed this stop motion masterpiece, but that distinction is Henry Selick’s.  Burton wrote and produced it.  With the voice and music of Danny Elfman at its forefront, The Nightmare Before Christmas is the perfect blend of holiday joy and Halloween goth.  The third day is just the right place for a film that gets you in the mood for the holidays while still allowing you to feel a bit of that October nostalgia. 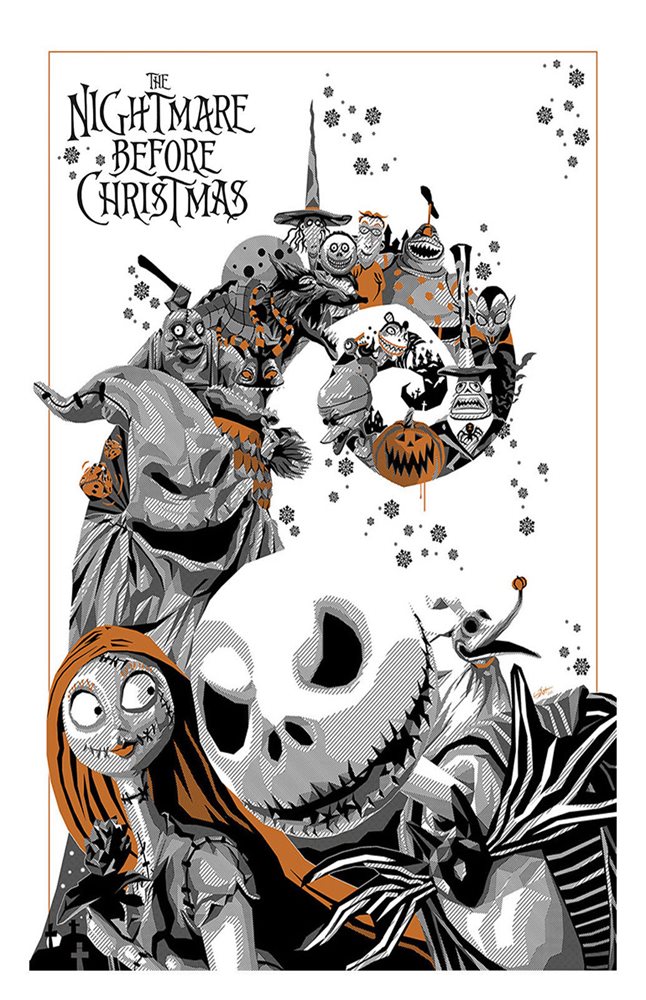 On the fourth day of Christmas Movies, my true love gave to me…

Arguably the greatest romantic comedy of all time, the fourth day of our film fest is the ideal spot to feel our feelings.  Written and directed by Richard Curtis (About Time, Notting Hill), Love Actually manages at least six different plot lines that all find their individual footing inside your heart.  Unless you’re dead inside, this Christmas adjacent piece of heartwarming celluloid will wrap you in its blanket and hold you tight.  It will make you laugh, make you cry and it will do all these things in the tinsel glow of the holidays. 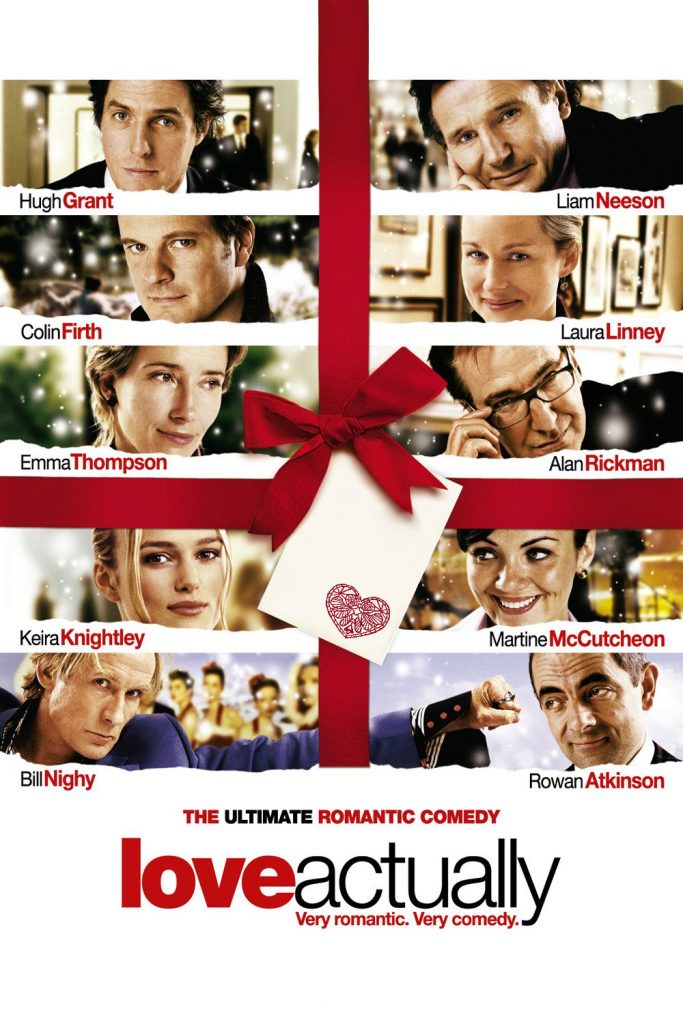 On the fifth day of Christmas Movies, my true love gave to me…

On December 25th, 1914, the French, German and Scottish troops on the western front all decided to drop their arms, for the night, and come together in peace. They sang together, trimmed a tree together, exchanged gifts and even played a game of soccer. This is a miraculously inspiring film and a wonderful reminder that behind the politics and fighting we are all human.  It’s also what the holidays are all about. 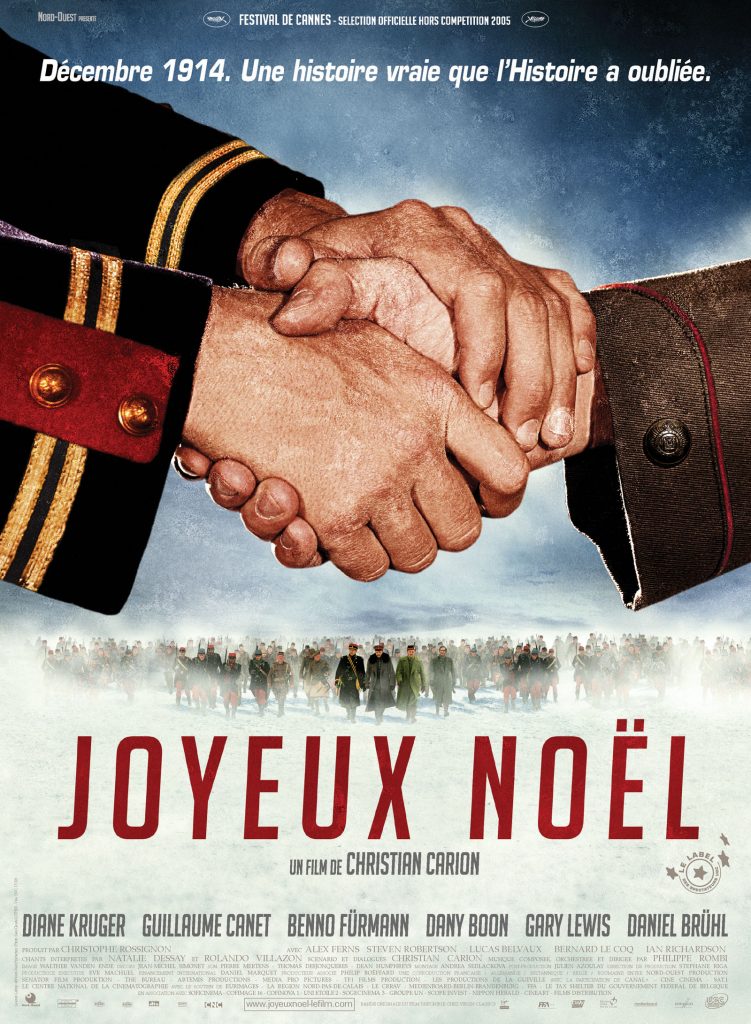 On the sixth day of Christmas Movies…

December 19th – Anna and the Apocalypse

Is there anything better than a zombie Christmas musical?  As far as Anna and the Apocalypse is concerned, the answer is no. This surprising and charming import plays like Little shop of horror‘s or  Shaun of the Dead projected through an English John Hughes prism. The young actors are all charismatic and can hold a tune. The story, which is very campy, also has several moments of profundity, opting out of many of the high school genre tropes for more substantial messages. It’s a film with a surprisingly large amount a heart to match it’s a very good array of songs.

On the seventh day of Christmas Movies…

December 20th – A Charlie Brown Christmas, The Grinch Who Stole Christmas, and Prep and Landing

Five days to go and it’s time for some retro and not-so-retro Christmas cartoons.  The season is not complete without Charlie Brown and the Grinch.  In many ways, the soundtracks to A Charlie Brown Christmas by Vince Guaraldi and The Grinch by Theodore Geisel/ Albert Hague/ Dr. Seuss are the sounds of the season.  Pure, classic Christmas.  Prep and Landing and Prep and Landing: Naughty vs. nice are not in the classic Christmas cartoon category but give it some time.  Both of these Christmas shorts are warm, witty and wonderful.  Played all together you’re looking at a solid hour and twenty minutes of Christmas bliss. 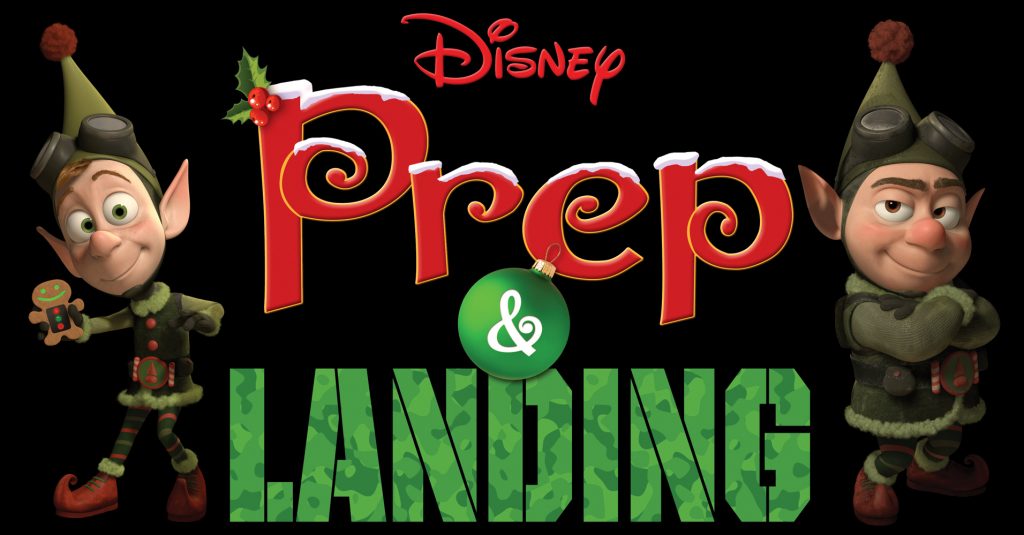 The Grinch Cartoon, a time capsule holiday tale from 1966

The Grinch cartoon is true to the book, and nostalgic for many of us. This animated version replays annually on NBC, so matter what your age you might remember. Dr. Seuss’ How the Grinch Stole Christmas is a time capsule that sets the mood on the 7th day. Currently streaming on Amazon Prime, Vudu and You Tube. 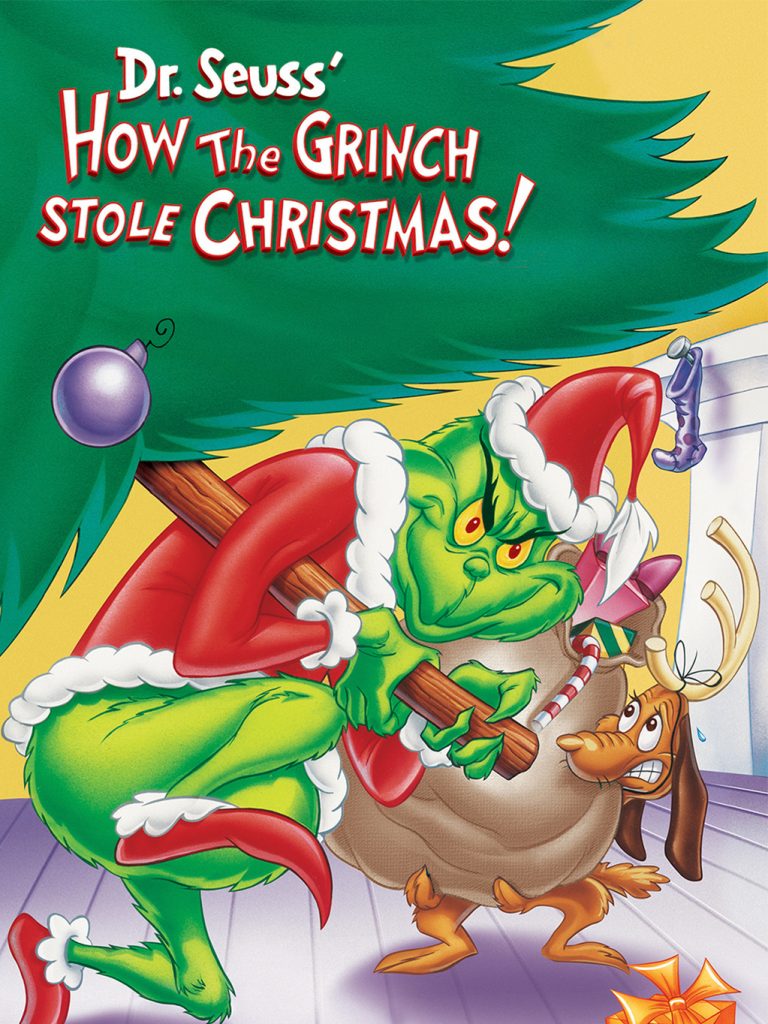 On the eighth day of Christmas Movies…

I’m certain that many would love to fill this spot with White Christmas, Miracle of 34th Avenue or It’s a Wonderful Life – all of which are excellent choices.  Let me suggest a bit of a curveball for ya.  I suggest The Shop Around the Corner.  Like It’s a Wonderful Life, Shop Around the Corner stars Jimmy Stuart and is as romantic as it is warm.  Some will remember Tom Hanks and Meg Ryan’s update You’ve Got Mail but do yourself a favor and find this 40’s classic.  If you’re looking for something really off the radar, however, try  Remember the Night with Fred MacMurray and Barbra Stanwick.  The two, who shared the screen in Double Indemnity, my personal fave, are wonderful together even if this oddball Christmas picture isn’t on the top of many Christmas lists. 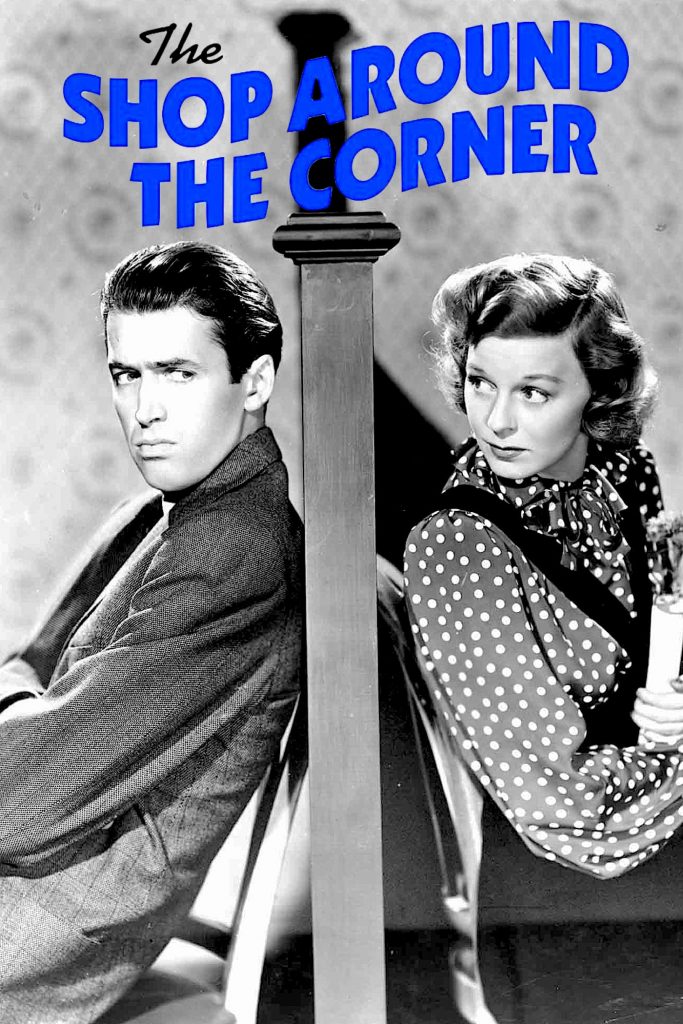 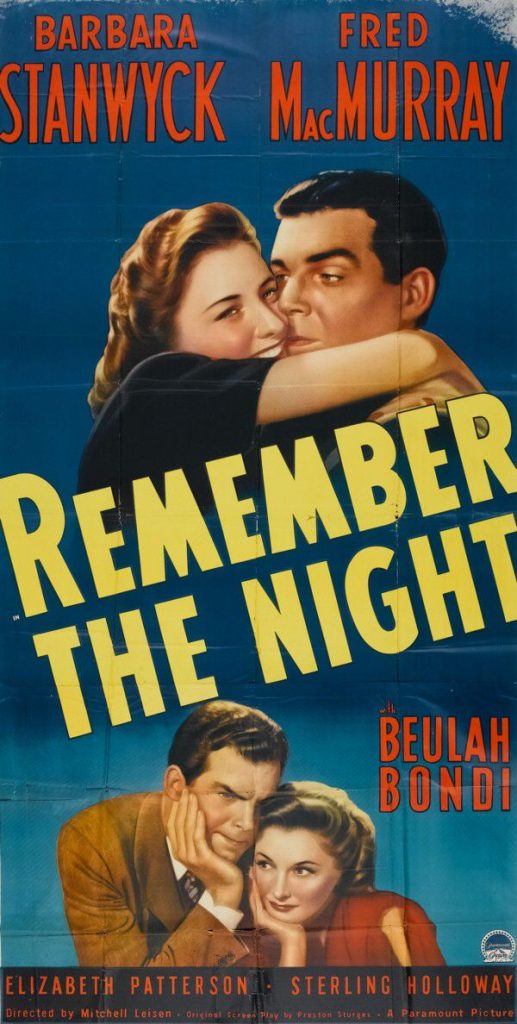 On the ninth day of Christmas Movies…

Here are the choices folks – A Christmas Carol w/ George C. Scott, A Muppet Christmas Carol, A Christmas Carol w/ Patrick Stewart, and Scrooged.  If you like classics go with Scott.  Pound for pound the best version ever.  If you’re a Trekkie then Stewart’s your Scrooge.  He’s great in the role and I secretly love his Ebenezer.  If you’re in the mood for a lighter family film, then go with the Muppets.  Michael Caine plays Scrooge and this version is wonderful.  Lastly, I have two words for you – BILL MURRAY.  Pick your poison and enjoy. 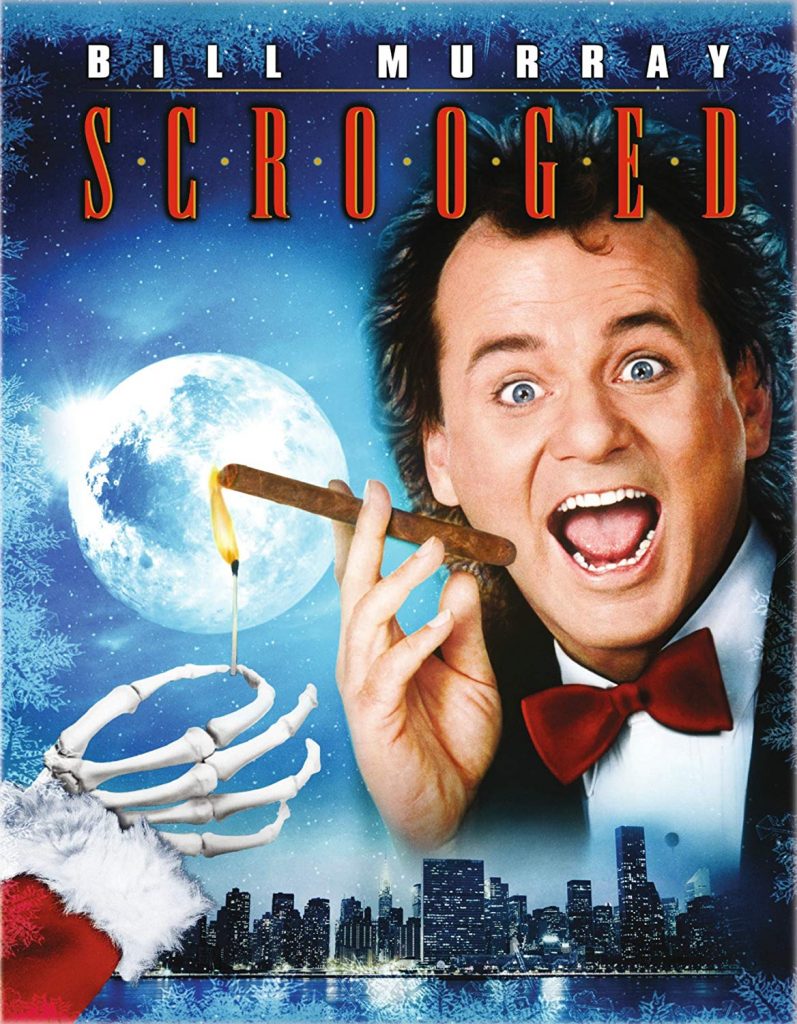 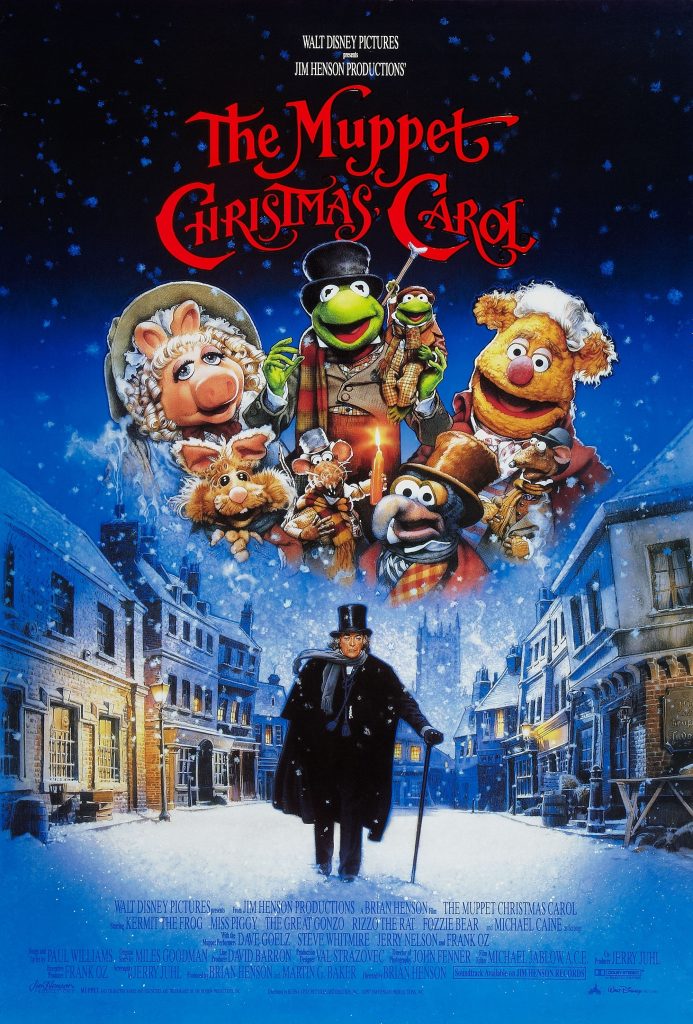 Scrooged – 1988 A Ghost of Christmas Past 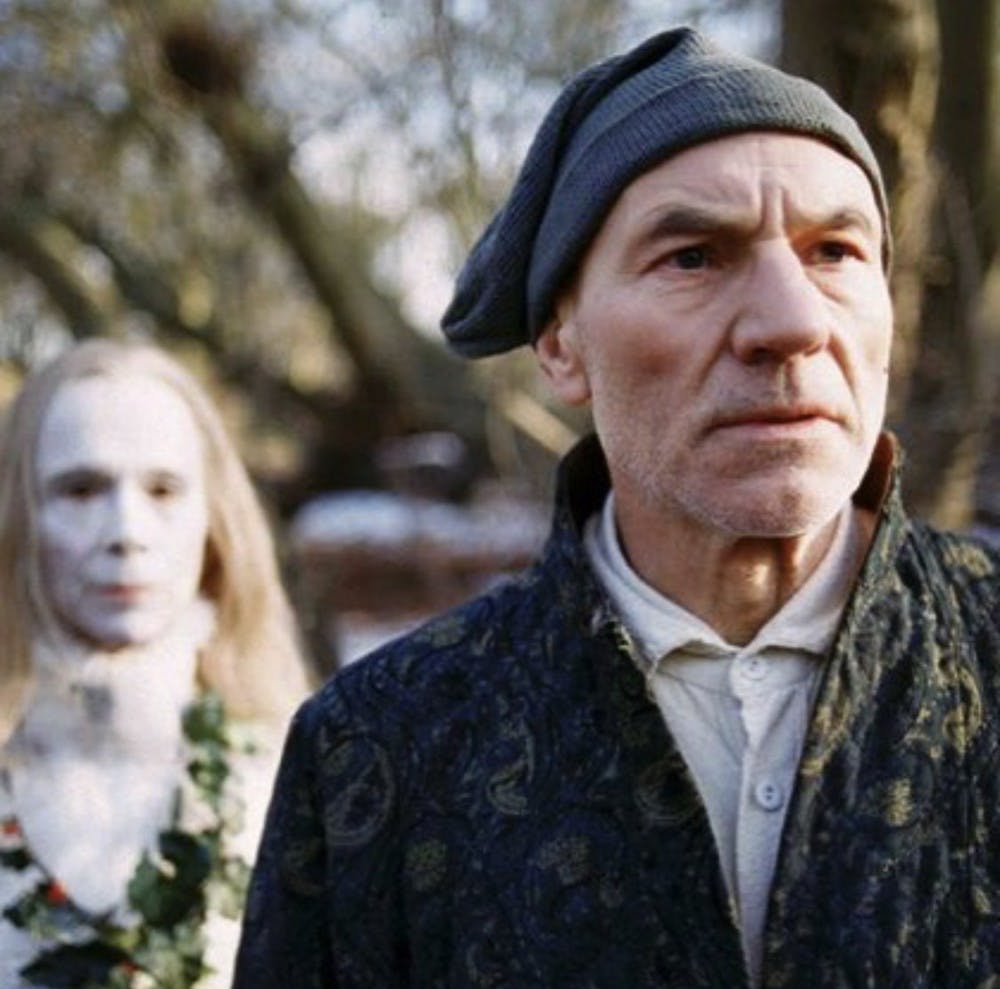 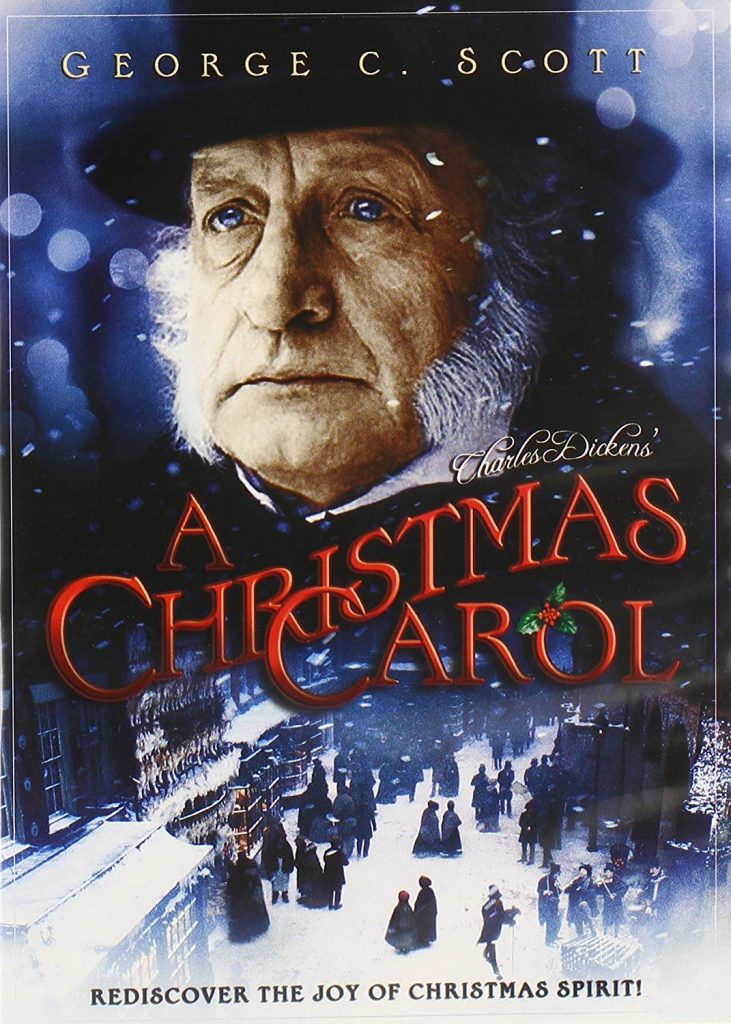 On the tenth day of Christmas Movies…

No holiday season complete without the Griswolds.  Period. 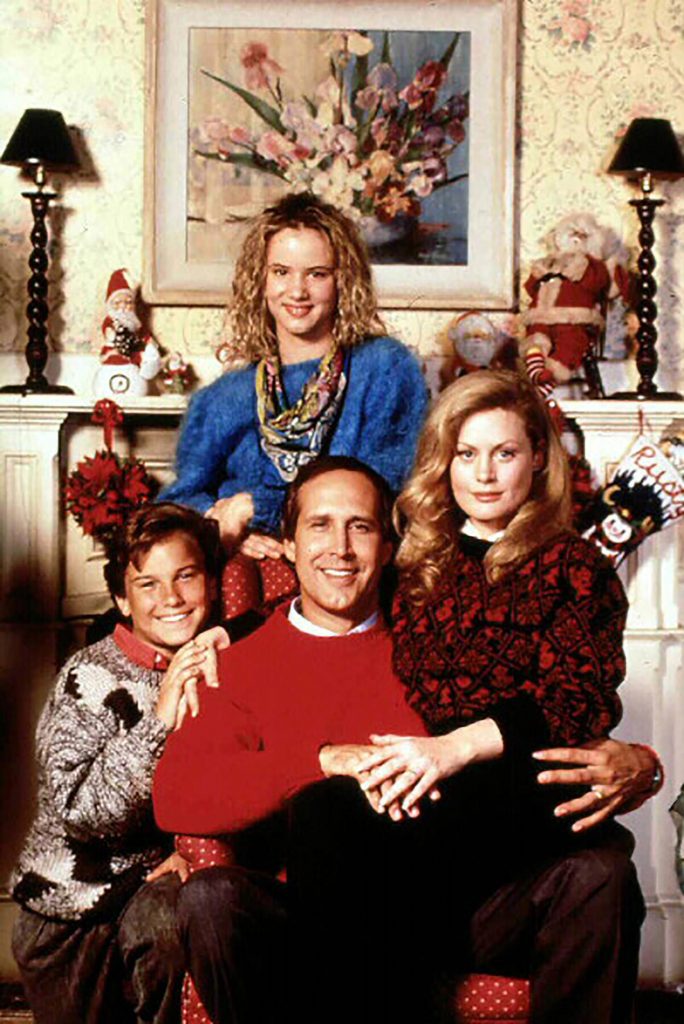 I don’t care what anyone says, Die Hard IS a Christmas movie.  To be clear, it’s a Christmas Eve movie.  I personally have watched Die Hard every Christmas Eve for decades now.  Trust me when I say that watching Die Hard in the twinkling glow of a Christmas tree is maybe the greatest thing in the world. 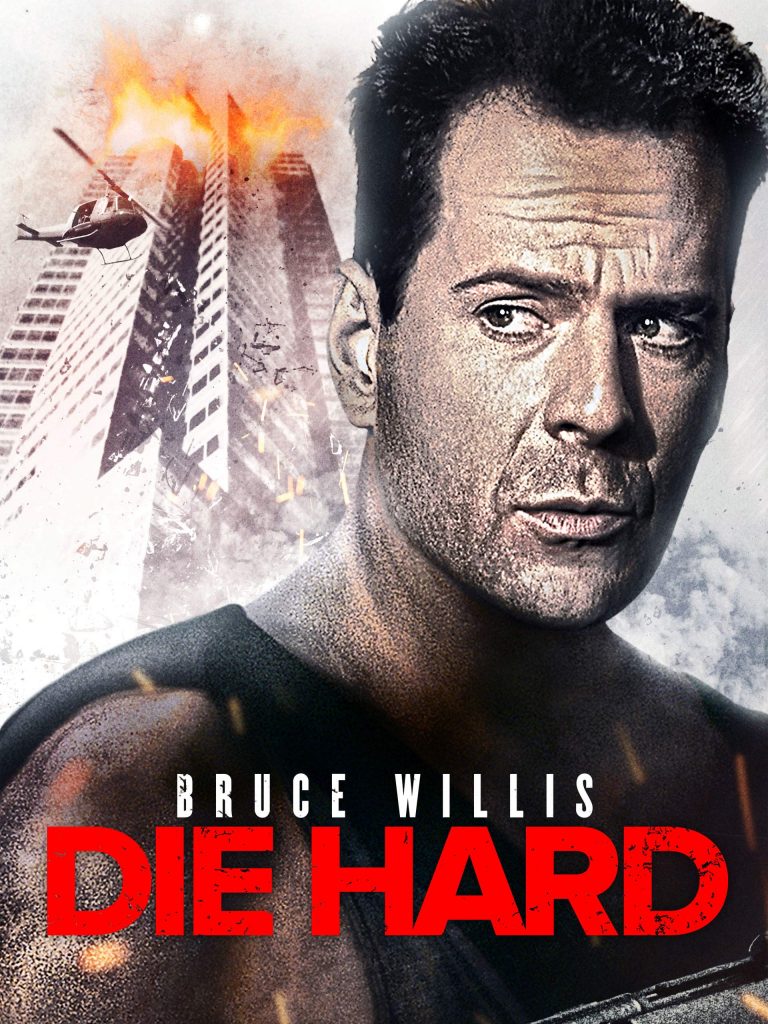 On the twelfth day of Christmas Movies, my true love gave to me…obviously…

There is no excuse for not watching this classic at least once on Christmas day.  Hell, it’s on TBS for 24 straight hours.  There is just nothing that captures the childhood wonderment of the holiday season like A Christmas Story.  It’s tender, funny and incredibly quotable.  It also never gets old regardless of how many times flick is triple dog dared or Ralphie has to try on the bunny suit. 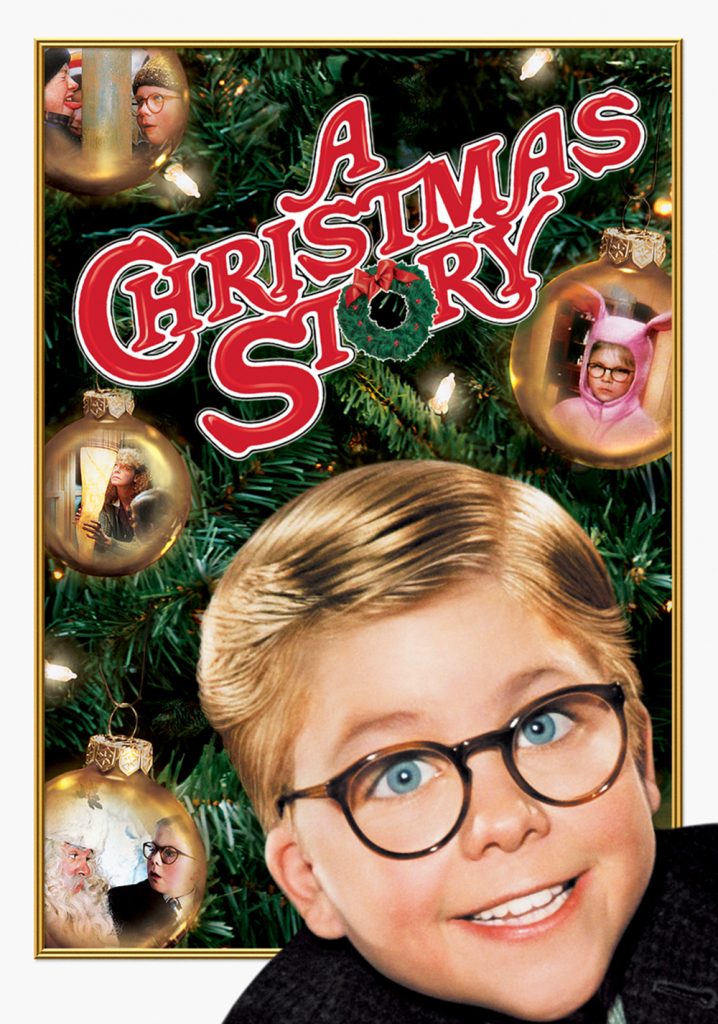 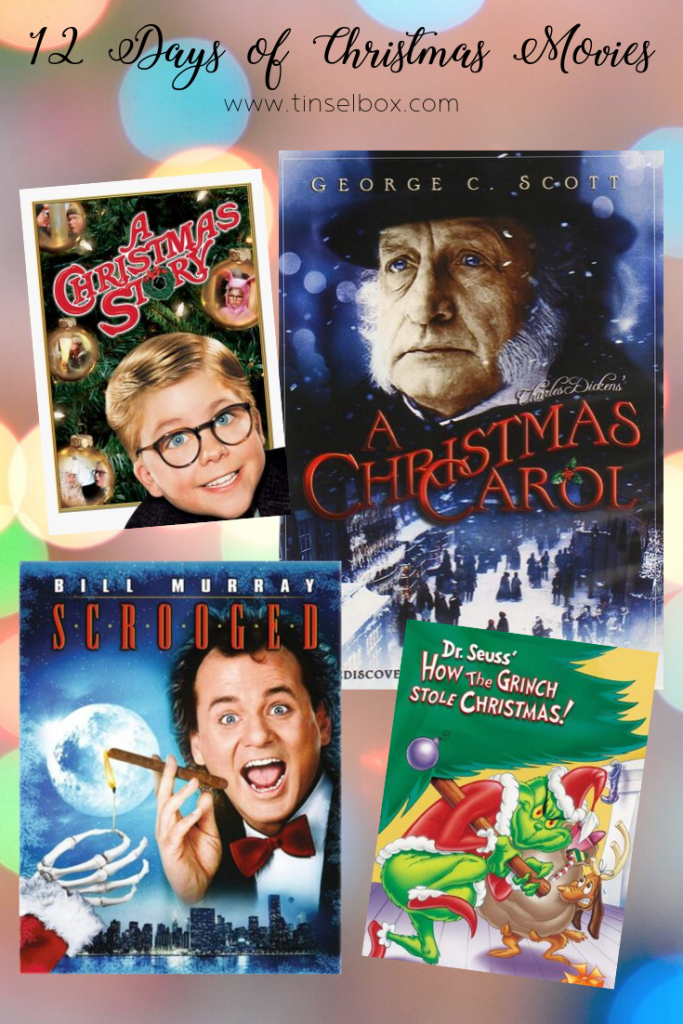 What Your Favorite High School Film Says About You

How to Create a Cozy Christmas Gift Basket...

Open letter to my daughter the year you...

So many of our favorites on here; Christmas Vacation, Love Actually and a Christmas story and a lot of “new” ones too!