This year I am doing something new and celebrating the Day of the Dead – with my kids. It can be so powerful to find the meaning in other religions and cultures outside my own and turns out this one is close to my heart. I think there is so much value in this celebration that is easy to miss.

I stared by interviewing people who lived in Mexico and saw this tradition first hand. I decided to jump in and see what happens.

The holiday at the core is about honoring the dead and celebrating our roots.  It is a way to keep deep family history alive. Dia de Los Muertos (Day of the Dead)  was originally based in the Pagan faith and was adopted by the Catholics (add a few rosary beads and some hail Mary’s).  Some non-catholic Christians refused to celebrate because it had Pagan roots. Because it is a religious holiday, it is very regional in Mexico based on history and population.  Even the way it is celebrated varies wildly per region. There are also cities where it is very spiritual and others where parades and parties have evolved.

It did not start as festive, joyous time of celebration. Its origin is a somber one. An altar is created with candles to honor the spirits of ancestors.  The first-night children are remembered, and the second-night adults.  Your family can come and view your alter, and they may join you at the graves to stay up all night eating, drinking and telling stories. Musicians stroll the graveyards.

In the Mexican culture today, they do not fear death the way some do in America.  A great friend of mine said that her relatives would reach into a coffin and kiss the corpse at funerals -with exuberance. Their faith is strong in the afterlife, and they make jokes about the dead. This might be the reason they feel comfortable being face painted like skeletons.

SEE MY DAY OF THE DEAD ALTAR

Pagan Holiday – 3000 years ago Dia de Los Muertos began in Aztec and Meso-American cultures using real skulls. It was a month long celebration in August meant to honor the dead. They constructed beautiful altars with flowers and skulls.

Catholic Holiday – 500 years ago, Catholics moved the holiday to coincide with All Saints Day and added Catholic rituals to the tradition.

Sugar Skulls – Italian missionaries brought sugar art to the tradition in the 17th century. Sugar was plentiful in Mexico, so the use of these decorations took off. The name of the departed are written on the forehead of the skull to honor them.

Parade and festivals –  a modern-day addition, especially in Arizona and New Mexico where the American and Mexican lifestyles merge


Is Day of the Dead Halloween in Mexico?

No, and yes. The Catholic church did move the date of Dia de Los Muertos to coincide with All Saints Day which is the day after Halloween around the world. After this change, both holidays believe that the spirits come out on November 1st.  Based on that answer, and a look at our traditions in America you might say they are similar but not the same. However, there are regions of Southern Mexico where children dress as the dead and knock on doors for candy.

Just another tie to Halloween. 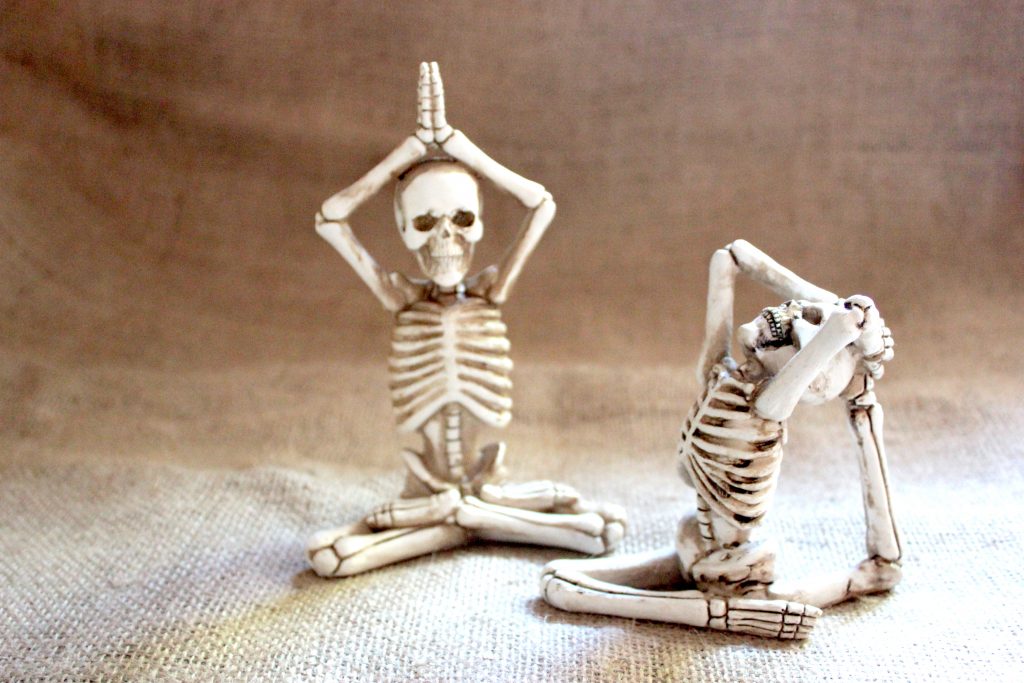 How you could be celebrating the Day of the Dead

Of course, you can pin how to make a day of the dead marshmallow pop or sugar skull craft. There is nothing that your Pinterest obsession, a craft kit, and a few glue sticks can’t fix.

Or you can  focus on the spiritual meaning and make a small alter with a candle for a lost loved one. Now you have a reason to pay, reflect and talk with your kids.  You can go to church and think about those you miss. You can even clean a grave and leave flowers.

I don’t think we will see droves of American’s partying all night in a cemetery with a mariachi band, and that is okay.  I am pretty sure our city ordinances don’t allow us to have that much fun. However, if anyone plans this, send me an invite. I am up for any authentic party at least once. 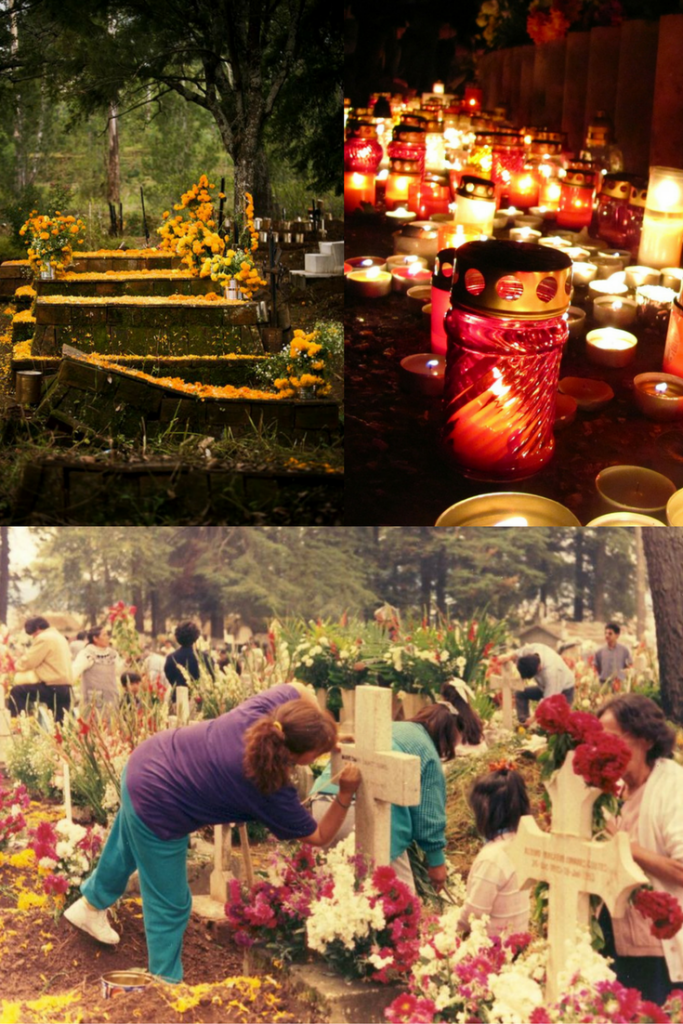 Why I am celebrating the Day of the Dead? And why should you?

One day I explained to my 5 year old about her grandpa that was in heaven. I love my dad, and because I lost him to at age 25. He was the light in my every day, and I have missed him deeply every day since he died.

We had a children’s book The Invisible String, and I used that as an excuse to connect my children with him.  My daughter and I read the book and pulled the invisible strings to heaven so we could feel his love. With misty eyes, I felt she got it. She told me she wanted a giant ladder to climb to Heaven to make sure he was eating all his vegetables. I know he would have loved that.

We then lit the candles for Grandma Bea, Grandma Gigi, my brother John and Grandpa Jack.  I felt it deep in my heart that they would love being honored this way.

In reflection, this holiday is a family and friends moment to connect with people we miss. It feels deeply spiritual if you are the kind of person who sees god in everything. As a result, while we may or not believe their spirits will roam the Earth that day, it is rare to take a breath and honor them.  On a simple level, it is beautiful. 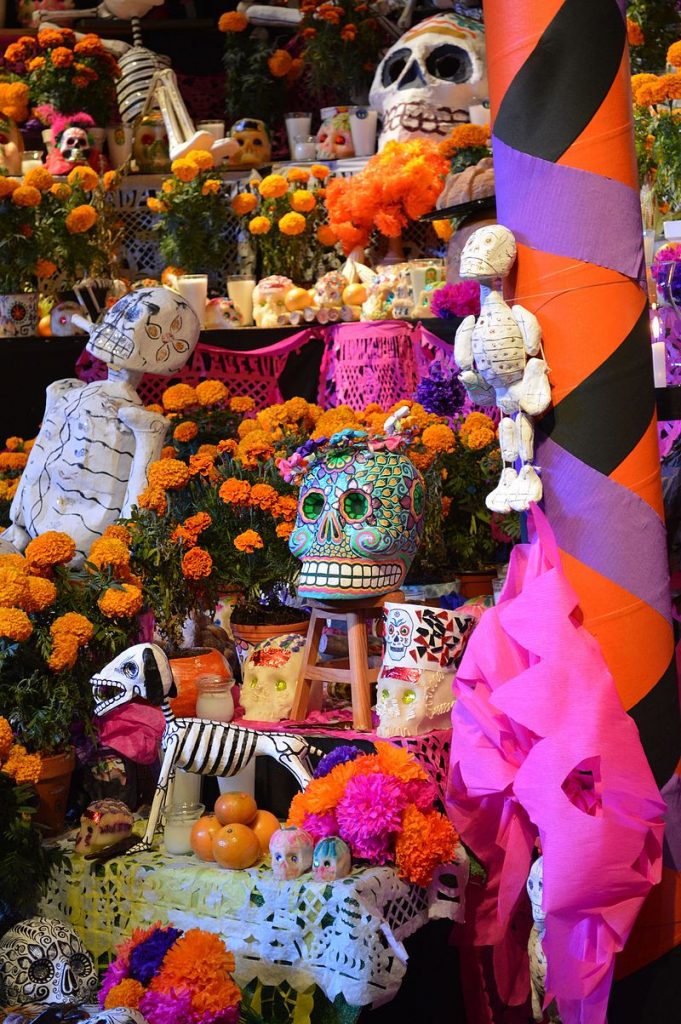 Stay tuned as I will post pictures of our celebration.

With cultural, economic and spiritual differences around the world it is captivating to see how and why this day is such a powerful holiday. 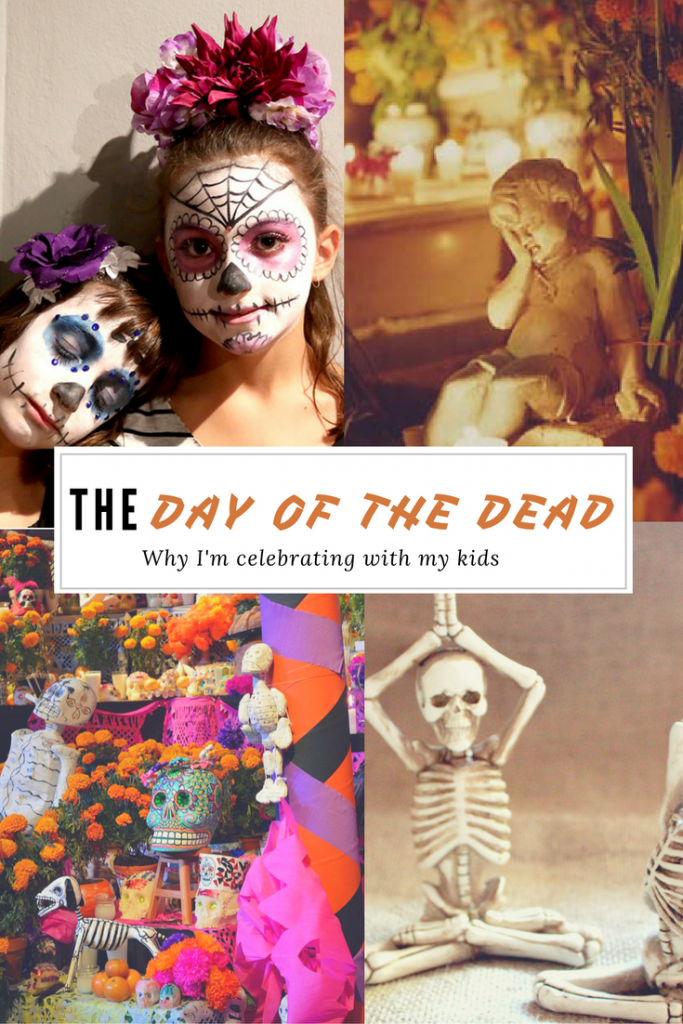 Day of the Dead Altar

Delish smore and other grilled cocktails 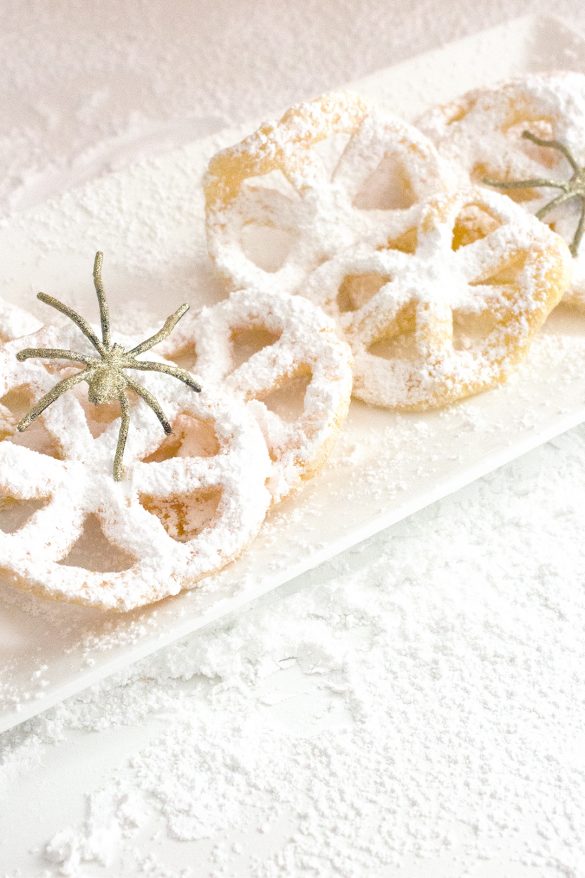 10 Best Halloween Movies and Where to Stream...

[…] it was a sweet, somber moment. If you want to read more about why we decided to celebrate, and the history of this holiday this is the way. The tradition is rich in history, but it wasn’t always about sugar skulls […]