The History of Memorial Day

Memorial Day for my family has always been about camping and spending time as a family. And it was about remembering family that was no longer with us. We’d go to grandma’s house – the family farm – and pull all the fake flowers that she collected over the years. We would arrange the flowers and go with her to place them on the graves of our family. Then, we’d come back to the farm and have a cookout or even a family softball game. Our traditions are not typical, but not far from how Memorial Day has evolved.


Decoration Day was the name of the original day of remembrance for those who died in the Civil War. On May 5, 1862, General John A. Logan, leader of an organization for Northern Civil War veterans, called for a nationwide day of remembrance later that month.

“The 30th of May, 1868, is designated for the purpose of strewing with flowers, or otherwise decorating the graves of comrades who died in defense of their country during the late rebellion, and whose bodies now lie in almost every city, village and hamlet churchyard in the land,” he proclaimed. 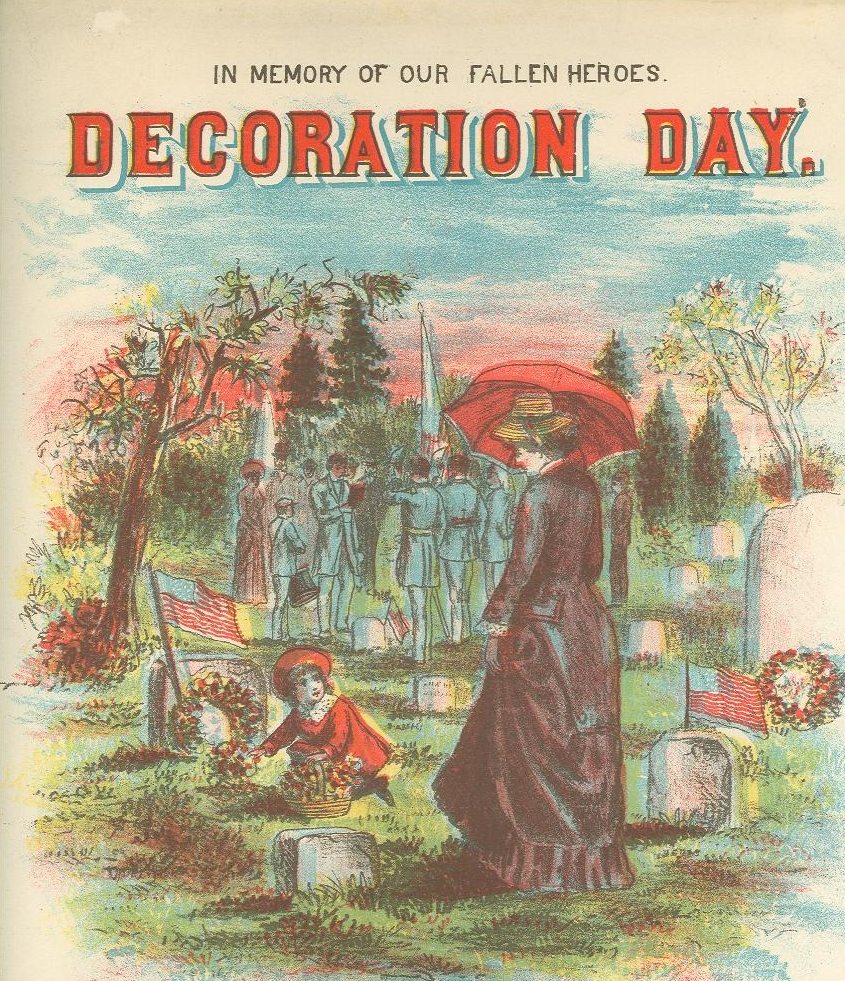 On the first Decoration Day, General James Garfield made a speech at Arlington National Cemetery, and 5,000 participants decorated the graves of the 20,000 Union and Confederate soldiers buried there.

Memorial events were held in 183 cemeteries in 27 states in 1868, and 336 in 1869. The northern states quickly adopted the holiday. Michigan was the first to make “Decoration Day” an official state holiday in 1871 and by 1890, every northern state had followed suit.

Today, Memorial Day is commemorated by flying of the American flag at half staff, a national “moment of remembrance,” (it is at 3PM on Memorial Day – a moment of silence is held) and a wreath-laying ceremony at Arlington National Cemetery. Local communities often celebrate by having picnics, parades, barbecues, and commemorative ceremonies held in local memorial or town parks. 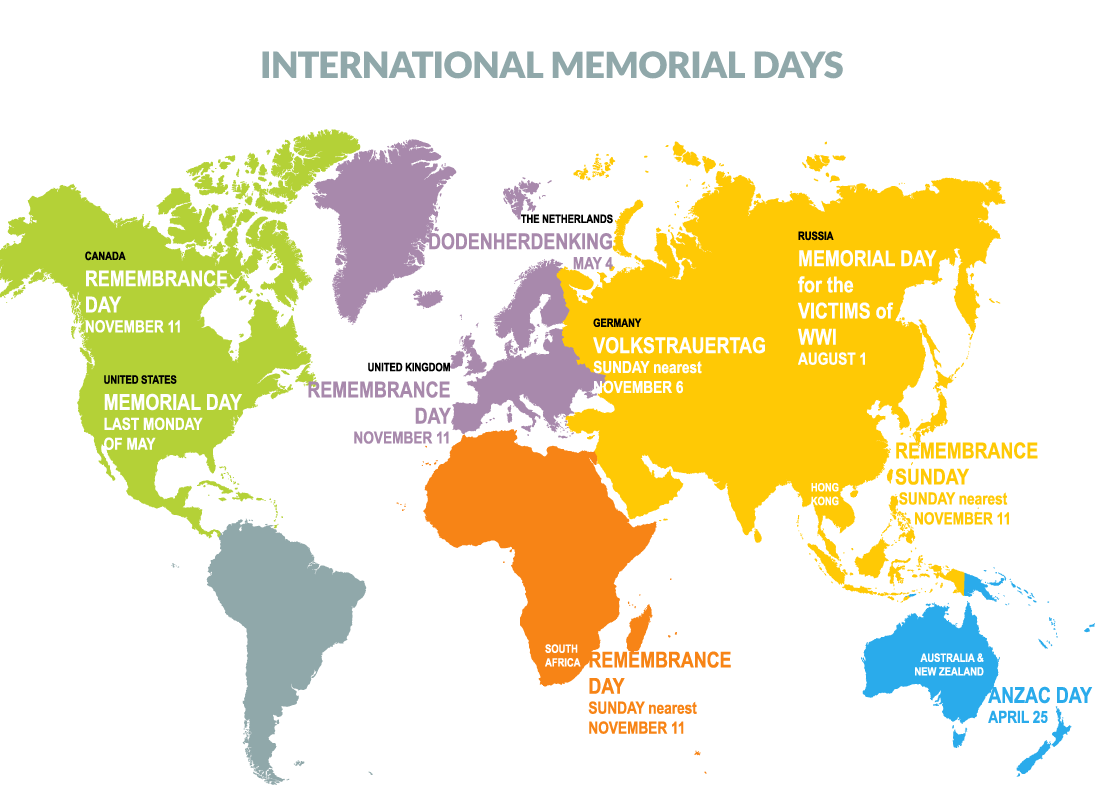 Many countries remember loved ones lost to wars. Each has its own traditions and customs. We put this little map together to give you a taste of all the days of remembrance around the world.

How to Make a DIY Flower Arrangement Special

[…] researching the History of Memorial Day, we discovered that the poppy is the official flower of remembrance and Memorial Day. It started […]